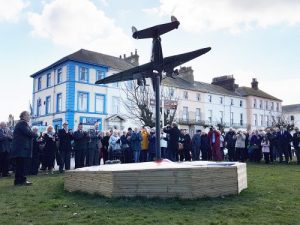 On Sunday 1 April 2018, to celebrate the 100th birthday of the Royal Air Force, a new feature was unveiled on Silloth Green, to celebrate the town’s involvement in WW2 and to support Silloth’s ‘in Bloom’ activities. Apprentices at Gen2, the Cumbrian training provider at Lillyhall, constructed a replica Lockheed Hudson plane, as one of their annual projects. The apprentices successfully built the plane which was put on display during Apprentices week in March. The plane has been gifted to the people of Silloth and is a welcome addition to the Green. The plane is sited above a new raised flower bed, built by the Town Council’s grounds maintenance team, to be planted up with colourful summer bedding in the shape of an RAF roundel.

The replica Hudson Bomber is sited opposite the Silloth RAFA club on Petteril Street which is the only remaining RAFA Club in Cumbria.

The project was funded with a Community Grant from Cumbria County Council and a kind donation by the family of a former aero engineer, Rex Morris, who served at 22MU Silloth during the War.

Tragically, a large number of Lockheed Hudson aircraft and their crews, who had crashed during take-off or approach to the wartime airfield of Silloth ended up in the Solway, resulting in it being renamed locally as ‘Hudson Bay’.  A moving poem entitled ‘Hudson Bay’ was written by Tim Barker. 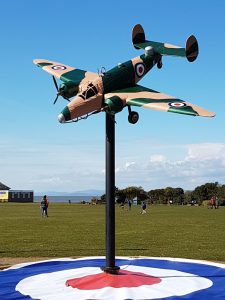 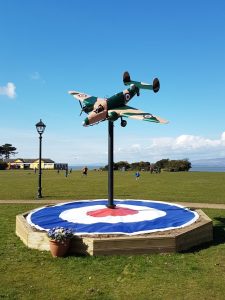 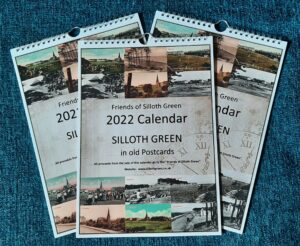